My Group's Stop-Motion Animation:
​
The Mitosis Process Explanation:
​
My Reflection:
​
Mitosis is a process of cells dividing which results in there being two daughter cells. These two daughter cells have the exact same number and kind of chromosomes that the original "parent" had. The "parent" is called the parent nucleus. The process of mitosis occurs when the host is in need of cell growth, new cells, or regeneration. The five stages are, Interphase, Prophase, Metaphase, Anaphase, and Cytokinesis. Interphase lasts about 20 hours which is 84% of the time mitosis takes. Prophase takes 2 hours (9% of the time), Metaphase take up about 2% of the mitosis process time by lasting 30 minutes. Anaphase takes 45 minutes (about 3%), as well as the last stage, Cytokinesis, which also take 45 minutes making up the last 3% of the process time. When reading the article about onion root mitosis, the major point that I learned was that onion root tips are very a very good substance to experiment with because the chromosomes are quite large as well as very dark when stained. This means that when looking at them under a microscope, it makes seeing the process a lot easier. Learning and understanding the process and stages of mitosis is makes the experiments we are doing with planarians not just understandable but also a lot more meaningful because we can comprehend why and how every step of their regeneration is happening. Learning about the stages of mitosis in more depth than before has not only helped with the planarian tests, but also with starting to think about regeneration when it comes to humans. We obviously can't test it in our class room, but knowing the stages and why what's happening is happening can help start the idea or even future process of creating a system that can somehow regenerate parts of the human body.

My Experiment Proposal:
​
Reflection:
What would I do different in this project?
If I were to re-do this project, I would fix a couple aspects within my experiment. I really wanted to get a decent amount of data results, but I wasn't able to do that. The first thing that I would have changed is, I would have strung the grow lights lower. I found that my lettuce plants didn't look anything like lettuce because they were reaching for the light instead of growing normally. I would also have more of a constant watering cycle for my plants. I never measured exactly how much water I was using, as well as not researching how often to water my lettuce. I ended up watering them everyday except for the weekends, but I feel like might have been to much. So for my experiment, I would change the couple of aspects that weren't exact or might have made my plants grow weird so that I would be able to have data that I could analyze.

Math question:
​        This project was a combination of math and biology, and so in math we had to pick one question to answer. I picked a question that was about sample sizes and how they affected the results of the data. I found that having as large as a sample size helps get more accurate results. Having 20 plants in my regular soil and 20 in my compost and soil mixture allowed there to be a couple plants to not grow, since I still had a good amount that were able to grow and give me data. If I only planted 5 in each type of soil, there is a much larger chance for me to have little to no possibility to get results. Having a larger sample size allows there to be a different variations of plants even in each of the soils.
​
My Partner Mason and I at the Exhibition: 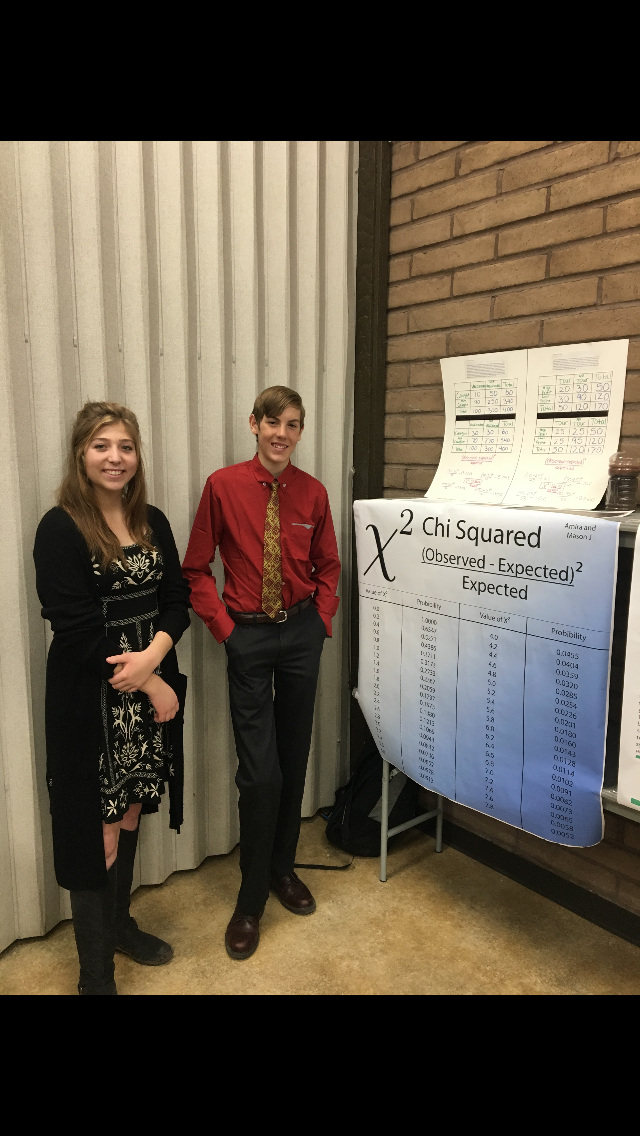 Purpose of Experiment:
The purpose of this experiment was, to explore how different elements affected the plant leaves. We experimented how oxygen interacts with different types of lights and a carbon solution.
Interpretation of My Results:
​        For my experiment, I chose to use Spinach leaves and a purple plant growing light. Most everybody used Aspen leaves and so I wanted to gather some different data so that we would have some variety. After I got all 9 of my leaf disks to sink, I put them into 3 centimeters of the solution and placed that cup under a purple light. I set an alarm for every minute to check on it and collect data of how many of my leaves had risen back up to the top. None of then floated for the first 20 minutes, but when I checked it at 21 minutes, I found one of them floating. For the next ten minutes, all the leaves position stayed the same. I had to stop checking my experiment because I had to go to my next class, but when I came back at the 60 minute mark, I found 4 of them floating.
My Graph: 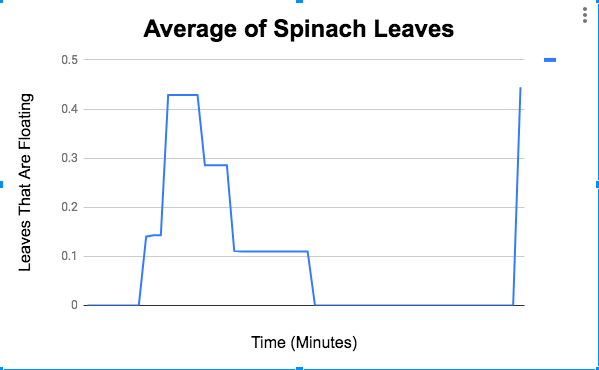 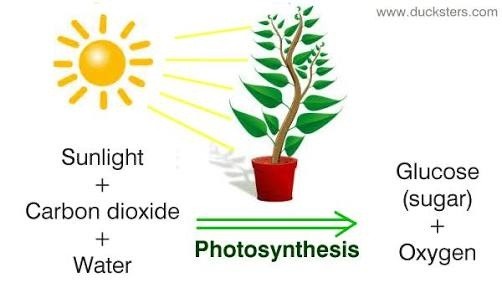 Purpose of Experiment:
This experiment had a many purposes and I learned a lot in each aspect of it. One of the main reasons we did this, is so that we could get some first hand experience identifying monocots vs. dicots. It's one thing to learn it from a video or article, but having to look at the two different plants under the microscope and identify which one had the specific features of a monocot or dicot brought my learning to a whole nother level. I feel like another major reasons we took this project on, was so that we could see what different factors affected the plants, whether you put it in sunlight or darkness, lots of water or no water, or something in between, etc. We were also able to watch and see which plant grew faster and what parts showed up first vs. what started to grow later on in the process. The final thing that we were able to take away from this project is, practicing collecting data and writing it up in a format that made sense and looked good.
Growing Process of my Mung Bean and Corn Plants:
My Seed Experiment Observations:
My Reflection:
My plants thrived more than I thought they were going to with all the conditions they were in. I kept my plants near the window seal, and water it every day that I was at school with 40 ml of store bought filtered water. Because we don't go to school Saturday's or Sunday's I did miss watering my plant a couple times. As part of the experiment, I wanted to keep the conditions my plant was in consistent.
​